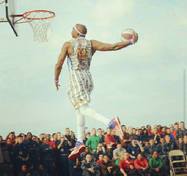 John Williams (Owner, lead trainer, GBB Certified, 3D Coaching Certified, USA Basketball Certified)
After a great career of professional basketball coach Williams created a vision to give that game back to the youth by teaching proper skills and techniques that will transition at all levels.  He finished his career as UNC Asheville’s  all-time leader in blocked shots with 255. In addition, Williams completed his career as the program's 20th all-time leading scorer with 1,171 points. The Raleigh native pulled down 684 rebounds, placing him sixth all-time at Asheville in that category. John is one of just three players in the history of the Big South Conference to score more than 1,000 points, grab more than 600 rebounds and block more than 200 shots. John enjoyed a spectacular Big South Conference Tournament as he led the Bulldogs to the tournament championship and trip to the NCAA Tournament. In the title game victory over Coastal Carolina, Williams set a tournament record with six blocked shots, including two in the final two minutes to help seal the 60-47 win. He earned a spot on the Big South All-Tournament team for his play. One of his blocked shots against High Point in the semifinals of the tournament earned him a spot on ESPN's Top 10 Plays. He was invited to compete in the State Farm Slam Dunk & 3-Point Championships in Houston, Texas, the site of the 2011 Final Four. Williams finished second in the competition, despite being the only competitor to make all four of his dunks.  Williams was then drafted by the World Famous Harlem Globetrotters where he played for 4 years touring over 40 different countries, and all 50 US States.  John now coaches at Asheville Christian Academy, and owns an Elite Skills service called JWB Elite Training and the Hoop Lab where he is able to train players who want to pursue the dream of playing basketball.  Williams is a certified NBA and International skill and development trainer under Ganon Baker Basketball and has trained thousands of high profile athletes all over the world.  When Williams is not training or in the gym, he enjoys spending time with his wife (Whitney), and daughters (Selah and Israel) , fishing, and golf. 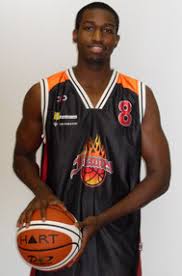 Coach Joey Harrell hails from Durham, North Carolina.  In 2003, after a successful high school career at C.E. Jordan High School, he accepted a full Division 1 scholarship to play basketball at UNC Asheville.  In 2007, after completing his four years and graduating, Coach Harrell began his pro career.  His first overseas experience came after he was chosen to play for Team USA Select.  This team traveled to various countries in Europe, playing professional teams for a 30 day period.  Coach Harrell went on to play four full professional season in New Zealand, Portugal, Australia and Egypt.  In addition to playing professionally, Harrell coached AAU basketball for 3 years with the United Celtics and 1 season with the Wilson Blue Devils.  Harrell has coached clinics Ireland, England, Finland, Scotland, New Zealand and Australia where he was in charge of the Aussie Hoops program.  While in Australia, Coach Harrell also taught individual skill sessions which eventually led to one of his pupils earning a Division 1 scholarship.  In addition, he coaches and evaluates annually for the Team USA Select pro combine.  Coach Harrell continues to train male and female athletes at all levels, ranging from middle school to professional.